skip to main | skip to sidebar

Having searched the net for other people with this problem, i drew a blank, so ive decided to blog about it  incase there are other people out there who are looking for answers...
My truck started going into limp mode, I carry a Diagnostic tool incase of such occurence (£8.50 on Ebay). The code was P00046 - Turbo Charger Boost Control Valve Limit / Performance. The problem became worse over the next few weeks and the code ended up permanently actuated, I would re-set it, and as soon as the ignition key was thrown to position 2, the fault lamp would re-illuminate. 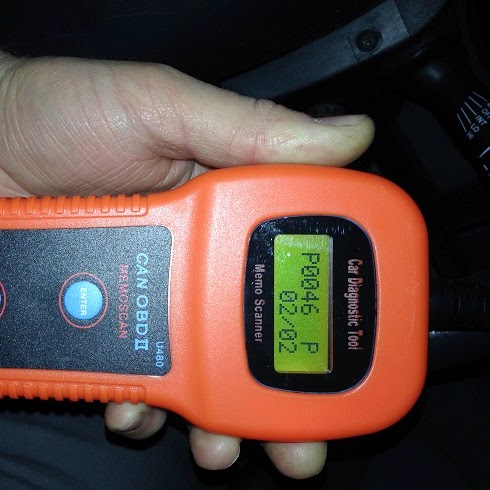 I limped the car to Toyota, who plugged it in and quoted me £2725.00 for a new turbo (Plus what would have been an extra 4 hours labour at £97.50/hr + VAT) Total £3193.00. I was really disapponted, a 5 year old (2008) MK6 3.0 D4D Hilux 1KD-FTV with only 70k on the clock - it shouldnt happen, these trucks are sold on the belief that they are virtually indestructible, evidently those with Variable Vane Turbos are not.
I took the vehicle away as I dont have that sort of money, and spoke to a few people locally, I was recommended to contact a local Turbo specialist who will remain nameless. I removed the turbo from the vehicle myself, and dropped it over to them. The turbo vanes were totally seized with rust, it was "un-seized" and a few days later it was ready.
I put the car back together and all was well.... for 3 weeks.... then P00046 was back again.

I dismantled the car again and returned the turbo to the "turbo specialist", this time they could not help, no amount of effort was going to free it. After a week I lost my temper with them, went over and took the turbo away, i dismantled it myself, and found that basically all the "turbo specialist" had done was sprayed it with WD40 and knocked it about with a hammer, the original rust had not been removed at all, and so the original cause of seizure was still present. Unfortunately the "knocking it about with a hammer" had bent the actuator ring, bent the limit post, knocked some of the guide rollers in too tight, and damaged the actuator pin slot, all repairable, but seriously, this is a £2000 part - dont knock it with a hammer!!!

The "Vane Nozzle" was easy to remove from the turbo, really easy, and i would recommend anyone with this problem to try and fix it themselves, this really is the only option unless you buy a new turbo from Toyota (Toyota Part Number T17201-30110, Price £1999.96 - 2014 Prices) at the present time there are no pattern parts available anywhere. The vane nozzle is designed as an un-serviceable item and comprises of;

To begin with, I soaked the nozzle assembly in "Metal Rescue Rust Remover Bath" to begin to dissolve the rust. After 24 hours, what began the process as a solid lump of brown rusty metal had started to shine, it became evident that the rust, was probably not from rusting of the nozzle assembly, which appears to be made almost entirely from stainless steel, but from rust picked up from the exhaust manifold, or from the rusty ring rollers, and over the last 70k miles, this was blasted all over and into the nozzle assembly, gradually seizing it up.

I then had to dismantle the nozzle assembly to find out what was causing the seizure. There are 6 rollers which guide the actuator ring, and these, disappointingly are made from mild steel, rusted solid, and certainly no longer acting as bearings, I managed to pull the 3 retaining bearings out (they are pressed into the cast stainless frame), but broke 1 - the tops have undercuts, whether this is to prevent people repairing them themselves, or to prevent rust fouling i dont know, but it wasnt helpful, I had to get a blob of weld put on the top of the pin and fashion it the same as the others (remember, there are no replacement parts available from Toyota). I then removed the actuator ring, and found that every single vane was totally immoveable, I could not move even 1 (of 12) by hand, i had to get a pair of grips and twist each one until it began to loosen. After a few minutes of wiggling, and dipping in the "Metal Rescue", there was a steady stream of red rust pouring from the vane axles, then they were all free and moving smoothly, back into the solution they went for another 24 hours.

The following day the nozzle assemble was totally bright and shiny, and everything was freely moving, the last traces of rust had been eaten away from the vane axles. I then decided to put some "Fertan" into the vane axles to kill any remaining rust, and surface treat the axles, should they be made from mild steel, after 24 hours the Fertan had done its work and was washed off with soapy water, then the nozzle assembly blasted with an airline, rinsed off with tool cleaner to remove water, and then blasted with the airline again. Fertan seems to be a good choice of product in this scenario as it does not leave any material behind, like paint would, and the treatment it leaves is resistant to heat.
Below (Top) Toyota Hilux 3.0 D4D 1KD-FTV Turbocharger 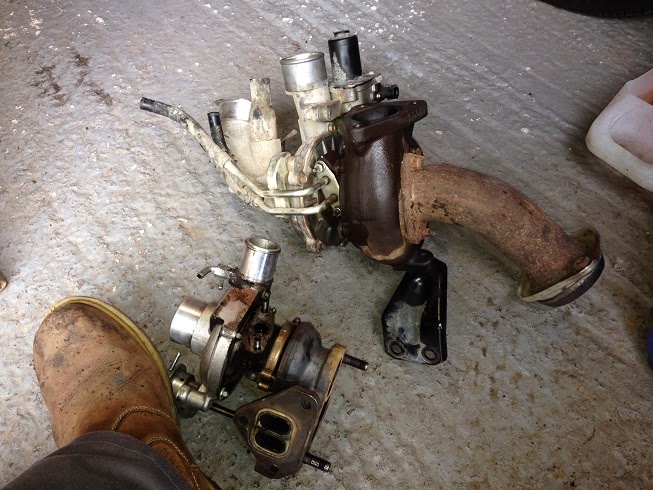 Below, Nozzle - Actuator Ring Side - you can see the rusty rollers (6 no, some marked with dots of ink) 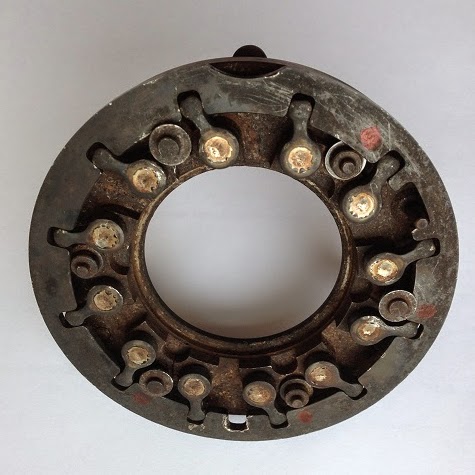 Below, Nozzle - Variable Vane Side 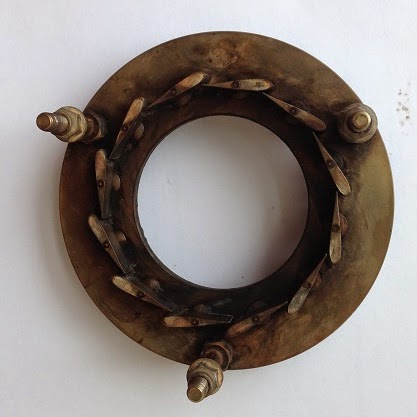 Below, everything soaking in Metal Rescue, Rust Remover Bath 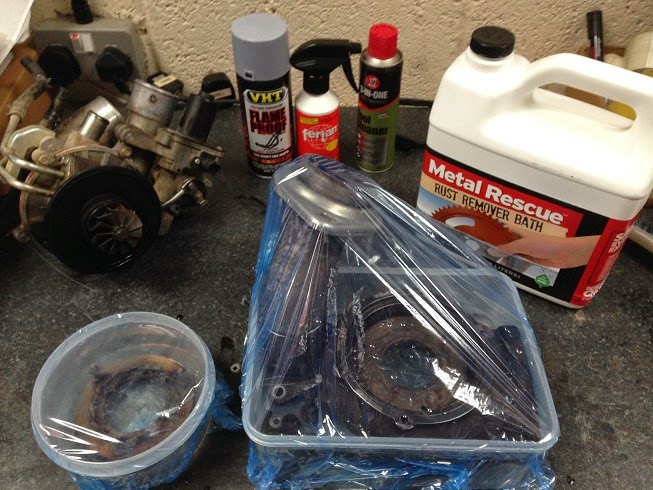 Below, after soaking in Metal Rescue, the nozzle vanes were sprayed with Fertan and left overnight 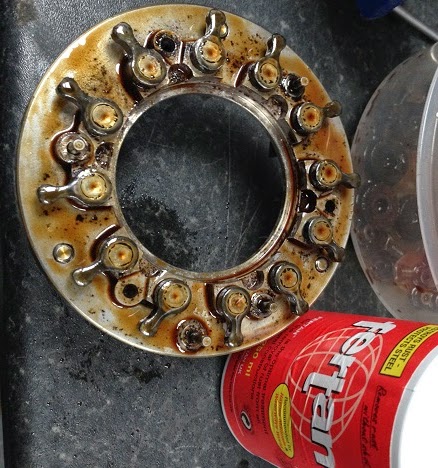 Below: Finished, and re-assembled, quite a difference huh, truck now works fine. I also discovered what makes a "rattling" noise during accelleration - it is the turbo vanes, i have noticed this noise since new, and the noise comes from the area of the turbo, but never found out what it was, the actuator ring, and the vane axles have very loose tolerances (obviously to avoid them seizing up too quickly from manifold rust), and they do rattle giving out a high tone due to the hardness of the stainless steel, so thats solved what was becoming another worry. 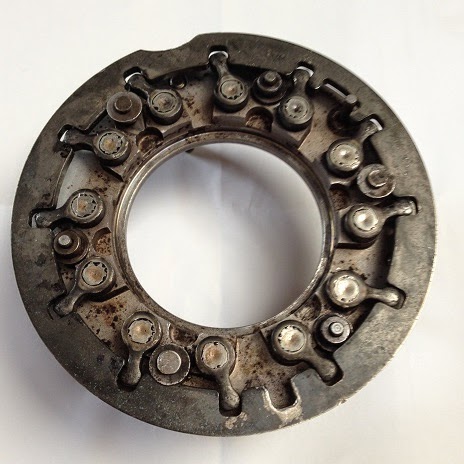 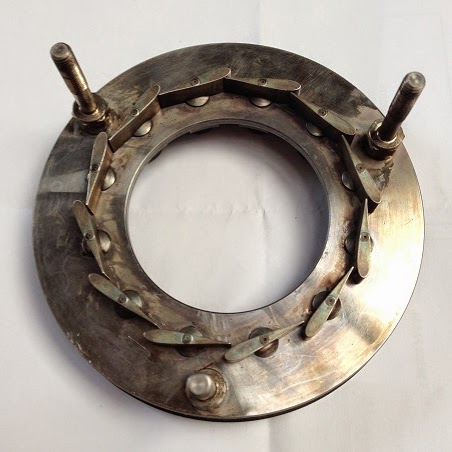 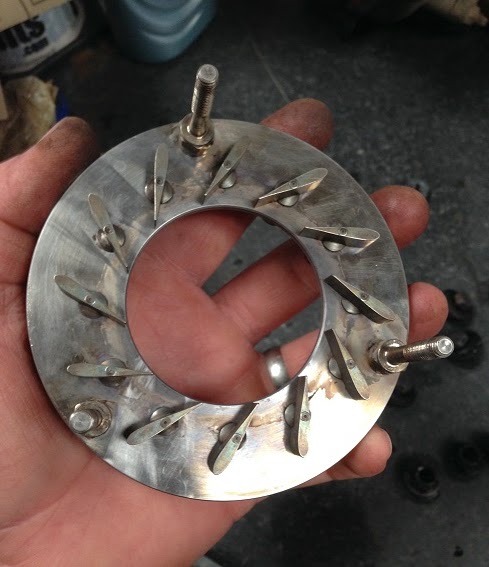 Okay...that is a great article and fabulous..
Online Business Directory